“But recent months have seen a drama there involving visits by American pastors with an anti-gay agenda…[and] a response by locally based rights groups…The story begins with announcements of a planned visit by American pastors sent by His Way Out Ministries…a group based in Bakersfield, Calif. … As reported in a Trinidad and Tobago newspaper, the visit’s purpose was pretty clear: ‘Local Christian groups…have declared war on the issue of same-sex attractions…’

“a local group, CAISO…were especially concerned by…plans to target young people with an anti-gay agenda. …CAISO was aware of the devastating impact U.S. evangelical groups had in Uganda, where a legislator proposed an anti-gay bill imposing the death penalty for some forms of gay sex…Trying to prevent the HWO visit seemed unwise and probably futile. CAISO alerted public health, HIV, and youth welfare officials to their concerns about the likely damage the visit could do to sexuality education and the effort to combat stigma and discrimination. They challenged leaders to stand up.”

So we did in fact: 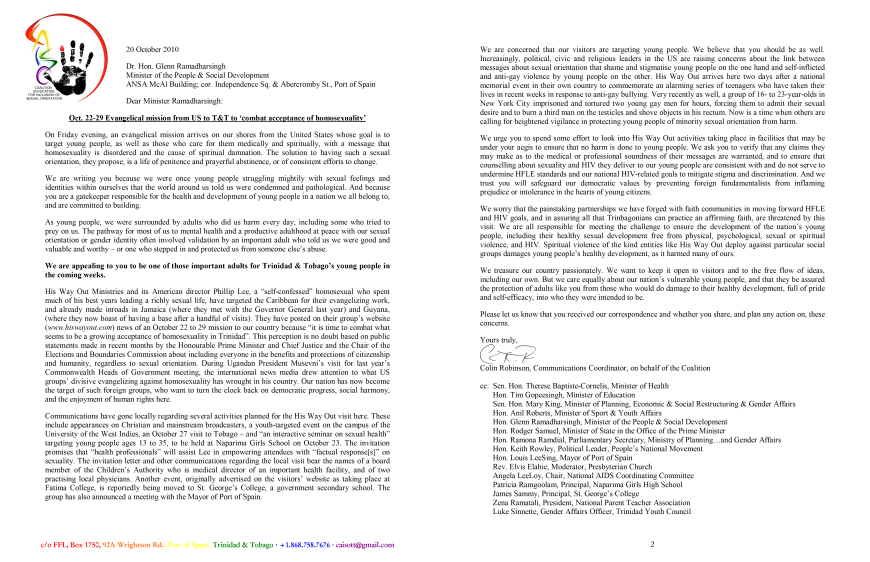 And here’s how our Ministry of the People & Social Development – the one where the Prime Minister pledged “any interest group who believes their legitimate cause is not being heard by the relevant authorities” and “feel their needs and pleas for help are being overlooked or ignored by the authorities” can “take their grievances and be heard” – responded. We thought you wouldn’t believe it unless you read it in their own words. 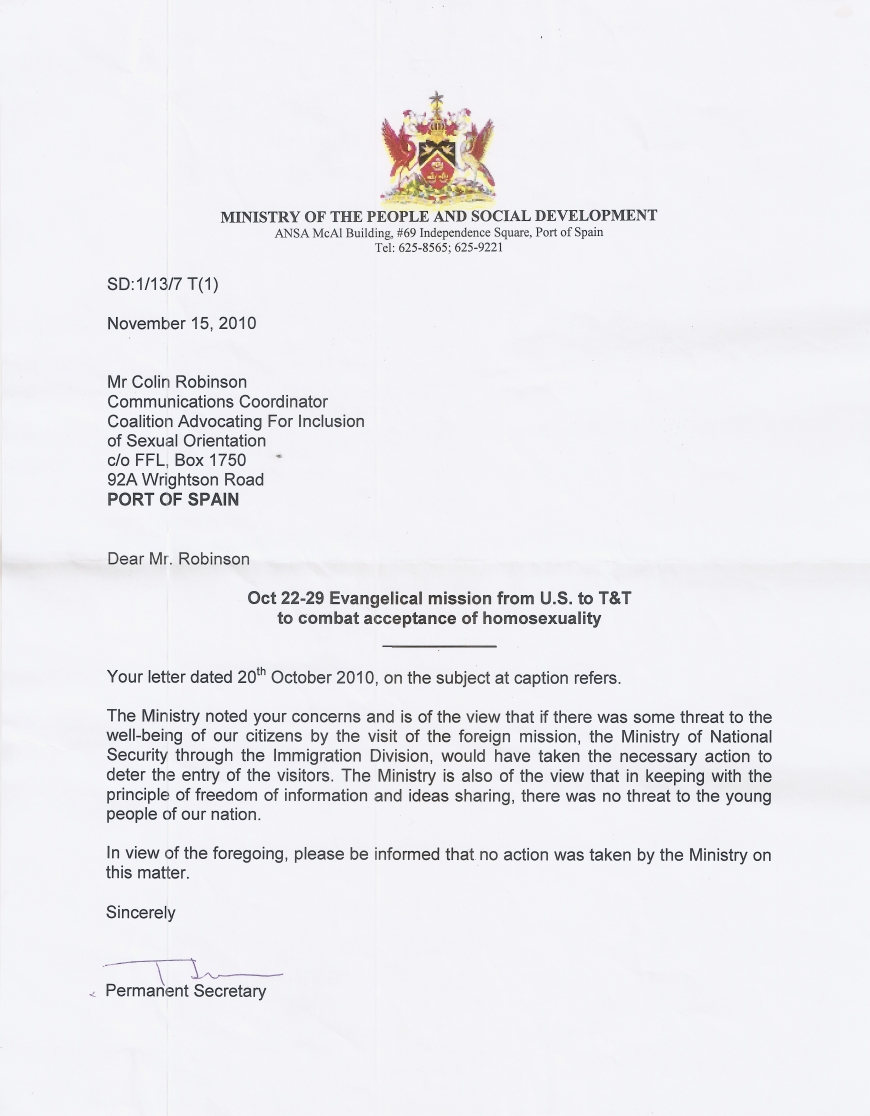 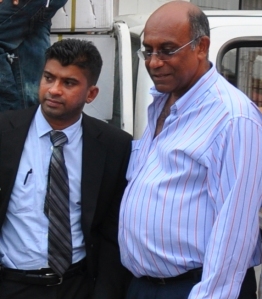 Well, at least they didn’t say the Ministry of Foreign Affairs would protect us. They abstained – twice – on the issue of whether people at heightened risk of murder, assassination or execution because of their sexual orientation deserved mention in a United Nations human rights resolution a few weeks ago. We’ll put theirs up here too when they write us another letter saying why our Government won’t protect us.